Because things can and will go wrong eventually, we need to have the right way of recovering from it.

When we push to production, and the application fails, the first thing we need to do is roll back to the previous working version so we can debug the problem relaxed and in the warm place of $HOME.

Given we’re using Heroku, it makes it very easy to go back and recover fast, let’s document which will be the steps to be back online without any hassles.

First things first, we’ll go to our Activity view on Heroku. Usually, the URL is https://dashboard.heroku.com/apps/<app-production/activity.> We’ll detect the previous working version and click the rollback button (screenshot). The only thing to take into account is that when we change or set a new Heroku config variable, that will trigger a Dyno restart too, so we have to keep in mind where to roll back. It will be almost always previous to our current deploy. 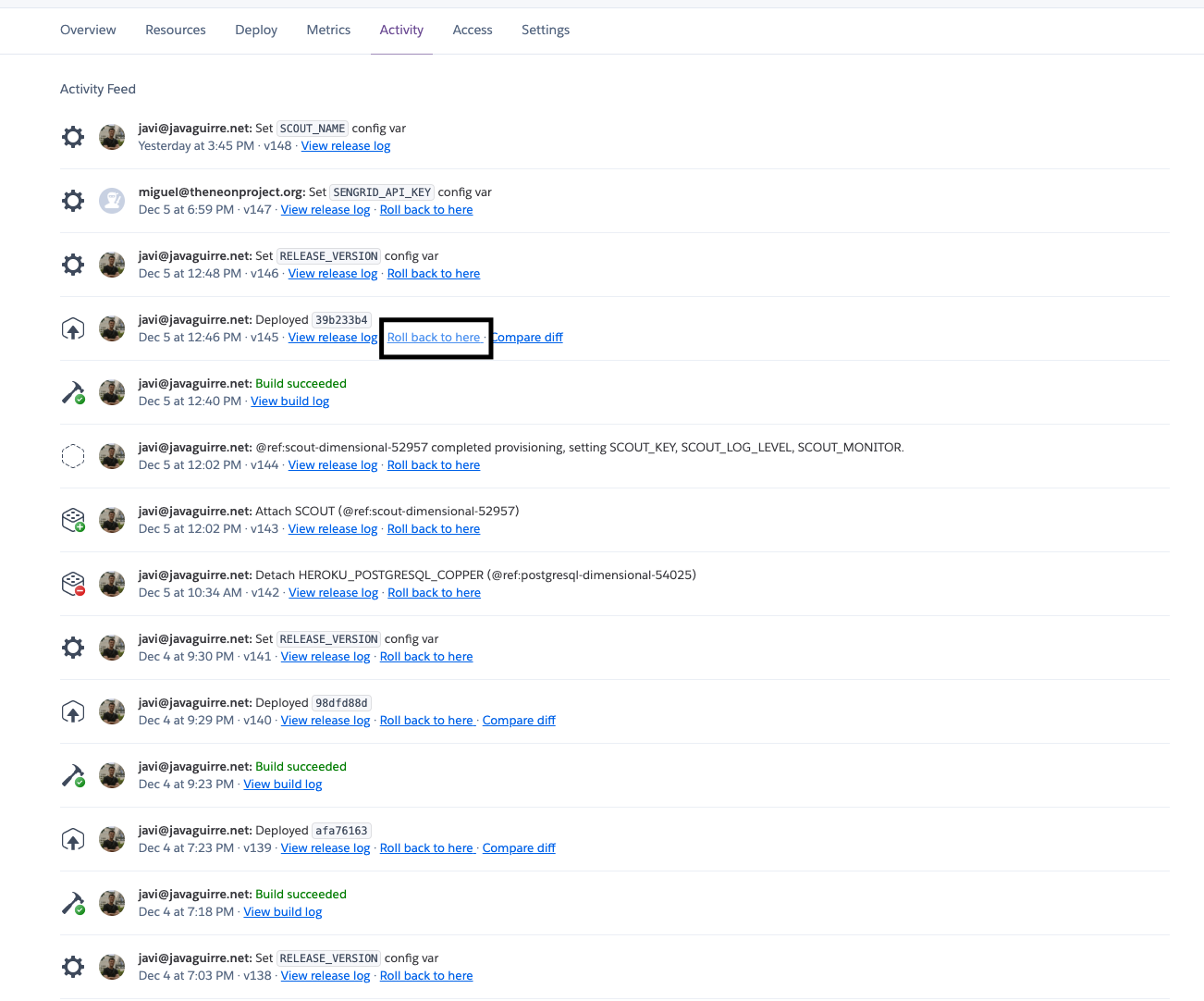 We could also do this using the terminal. you can check the configuration from the GitHub page

We can get the releases.

Or get more info from a particular release.

And when we’re sure to roll back to that version.

Then we see which commits were added on our release with git log and then log only that range. The first commit isthe oldest then .. and then the newest one. We can grep for migrations, so it’s easier to see the app having migrations.

Once we see which migrations were applied for this release, we need to roll back all those migrations per Django app.

If we have migrations on more than one app, we’ll need to do this for all the apps involved in the changes.

Backup schedule will usually be done at the beginning of a project, but it’s good to have the documentation.

We can create a manual backup:

What we have in all the projects by default is schedule a new backup every day at 2 am Europe/Madrid timezone.

To make a backup recovery, we need to see which is the backup we want to recover from. We’ll get the backup status of our app. 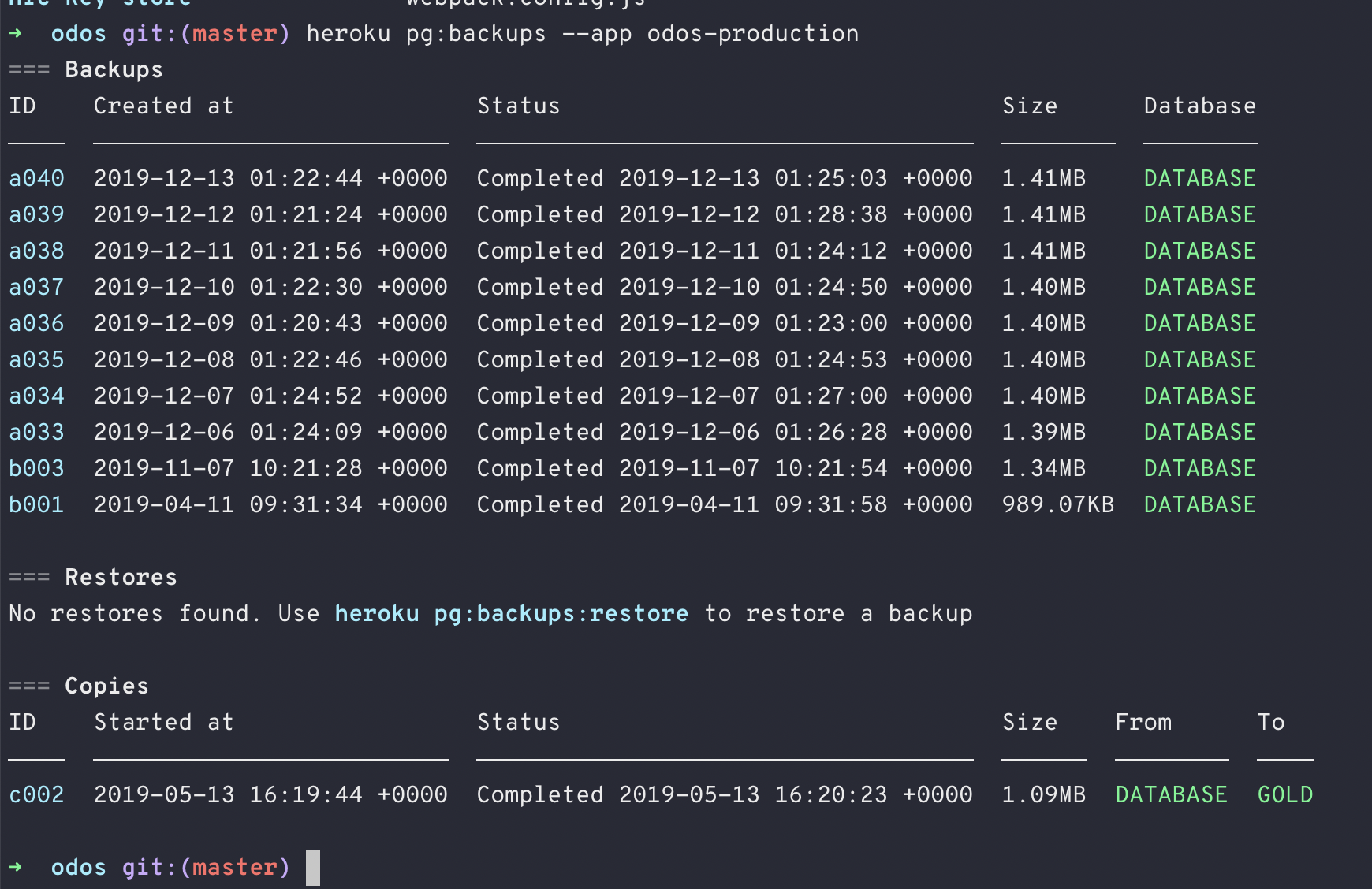 Once we decided on particular backup, we need to run the restore backup for our app. We can follow the restoring a backup guide from Heroku. It would be something like:

First check dynos is ok: To check if celery is running you can see it in the heroku dashboard:

If you want to see the activity charts:

If you want to see the logs:

In this case, the error is: HTTP 402 Payment Required